Posted on April 5, 2017 by Autism and Oughtisms

There has been a flurry of concerning stories of late, about changes to the autism services, supports, and programmes provided by IDEA services (the services arm of the sizeable and respected charity, IHC). Clearly, some autism families are finding these announcements and changes rather confusing and stressful. I’m writing this post in an effort to clarify whats going on, and why. 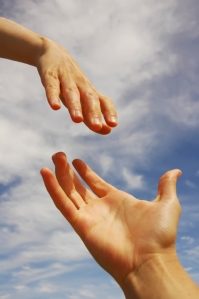 On the 21st of March, IHC announced that it will be exiting a range of services it had been providing. This includes no longer providing facility-based respite care, home support, and holiday and after-school programmes. The reasons appear to be complex, but a clear consideration in their decision was the limited funding that is provided to them by the Ministry of Health. There have also been changes by the government – both underway and anticipated – to how disability services are funded and delivered, which have impacted on how IHC sees its future in the service sector.

IHC are, of course, not the only service providers in these areas. There are many charities, organisations, and individuals providing such care and opportunities. However, any disruption to existing service providers will always seriously impact on those who already use those services, not to mention the employees providing that service, which brings us to the next big issue making the news of late: Unions and disability sector workers, again particularly in regards to IDEA services.

Two days ago it was announced, through the E tu union, that IDEA support staff will be striking after Easter in protest of how they are treated by IHC. In particular, in response to low wages, issues around job security, and inadequate consultation – an issue all the more prominent in light of the recent service (and thereby, job) cuts announced by IDEA services in March. IDEA support staff are concerned that they were not adequately consulted about those changes, and are concerned about the impact those changes will have on the people they provide support to as well.

I find it interesting that the core issues the union is bringing to light on behalf of the workers, match the issues IDEA services itself is facing in relation to one of its own most crucial funders, the government (and more specifically, the Ministry of Health). It would seem that IHC has been placed in a difficult situation and that difficult situation had got passed along (perhaps, inevitably). For example: Low wages – IHC has pointed out that funding has not kept up with demand, that they have been operating in the autism services area at a loss for years. Job security and consultation – the government hasn’t renewed the autism programme service contract with IHC, which came to an end in March, meaning IHC now has had to cut even more services and, for the month of April, will be providing those particular autism programmes without any funding from the government (more on that further down).

As to why that service contract hasn’t been renewed, I can’t say, and I can’t see anywhere where IHC has said either. It does appear that the cut services will be provided by some other organisation, but which one has not been announced by the Ministry of Health yet. Remember that there are already a variety of organisations providing autism services – IHC was just one such organisation – so presumably one of the others will be taking up the funding IHC has lost (perhaps Altogether Autism, or Autism NZ, for example). This still causes concerning uncertainty and distress to those directly affected – both the workers and the clients; continuity and certainty of services is an important aspect of providing quality and effective care to the disabled.

To return to that latest piece of news: the further cuts to autism services, announced just yesterday. In addition to the loss of facility-based respite, home support etc as mentioned above, IHC has now announced that it will no longer provide any autism education and one-on-one communication programmes, due to losing that provision contract with the Ministry of Health. Their three affected programmes are called “Growing up with Autism,” “ASD Plus,” and “Communication and Behaviour.” These were apparently successful and popular programmes, that had waiting lists too. (I imagine this latest development will only make relations with the union and the support workers, that much more tense, but that would depend on who provides the autism programmes within IDEA services.)

Some aspects of all of this that have caused confusion, and my attempts to address those confusions, are as follows

(3) The idea that IHC was the sole provider of the relevant cut services. I’ve seen parents panicking that their children will no longer receive supports they need, under the beliefs that IHC was the sole provider and that the funding had completely gone. As pointed out above, other organisations do provide such services and the funding has not entirely disappeared. There may be some disturbing disruption for those already using the services, but (apparently) those gaps will be filled by other providers.

Despite these reassurances that the sky (or at least, most of it) isn’t falling, it’s still true that underfunding and poor work conditions in the disability sector is rife, and that successful and popular services have been cut. There’s still the striking support workers on the horizon, and that is very concerning for those directly affected. It’s also not completely transparent what has happened to cause the shift in funding at issue, or where it will go and why, and that bothers me too. We are perhaps then left with more questions than answers, but I do hope that this post has cleared up some confusions. Do let me know if anything I’ve said isn’t quite right – I have done my very best to rely on direct and multiple sources where-ever possible, links to many of these are below: